An insatiable hunger for gastronomic creativity. An unquenchable thirst for culinary excellence. And simply impeccably good taste. These ingredients make up the perfect recipe that is Chef Jessie.

Chef Jessie Sincioco has come a long way since winning the grand prize in the baking category of The Great Maya Cookfest in 1983. Captivating the judges with her remarkable talent, she was immediately offered a special training course within the pastry section of Hotel Intercontinental Manila. Formally hired even before her training course was completed, she quickly rose from the ranks to become the very First Filipina Pastry Chef in 1990. Many firsts and accolades would pepper the course of her savory career. On top of her many awards in “Chefs On Parade”, the country’s most prestigious culinary competition, she has twice bagged the L’Assiete D’Or, the most coveted gold trophy.

Primed to take her craft to the next level, Chef Jessie set her sights on being a premiere restaurateur. With three expat partners, Chef Jessie set up and managed the hugely popular Le Soufflé restaurant in Greenbelt in 1991. This partnership birthed many Le Soufflé branches as well as other restaurants like Papermoon and Poppies until the break-up in 2009. It was then when Chef Jessie decided to take her craft and herself to an even higher level.

In 2009, Chef Jessie established JCS Gastronomie Inc. As president and CEO of her very own company, she is actively running three outlets completely hands-on: Top of The Citi by Chef Jessie, Chef Jessie Rockwell Club and the soon to open Chef Jessie's Place. These restaurants serve sumptuous culinary masterpieces that cater to the upscale market, specializing in European, American and Asian cuisine. Apart from the restaurants’ in-house services, these outlets also offer catering services for all occasions, from intimate romantic dates to lavish parties to meticulous corporate functions. One of its biggest caterings was a sit-down dinner for 3,200 pax at the SMX Convention Center in November 2009.

The success of Chef Jessie Restaurants is attributed to the exceptional food, excellent service and unwavering commitment to its loyal patrons. They have maintained such sterling reputations through dedication to the renowned Quality Management System that focuses on continuing improvement plans addressing the fast-paced change of customer taste in the industry. Making it, by far, the food and service provider of choice for people with impeccable gastronomic taste.

Chef Jessie was hand-picked to cook for His Holiness Pope Francis during  the Pontiff's 4-day visit to the Philippines in 2015 and lately was assigned to lead the preparation of the Gala dinner for the heads of state and delegates of the ASEAN SUMMIT 2017.

Chef Jessie’s journey is a success story. One of unwavering faith, a commitment to perfection and an innovative spirit. 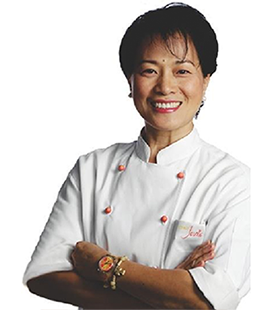 ... at Chef Jessie Restaurants, we do everything professionally with love and passion. We make it a point that our guests feel our dedication to excellence through our consistently prepared food and first class service.